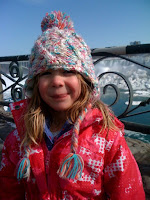 Yesterday, we took a little hour and a half drive down to Niagara Falls.  I am told that last time I was there, I was in utero.  Alex went with his sister Kate back when they were in their early 20's - mostly on the U.S. side, but they walked across Rainbow Bridge and visited the Canadian side too.

Having forgotten to bring along our passports, we stayed on the Canadian side for this visit. 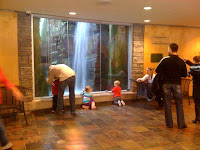 It was a brisk -3 Celsius, so we bundled up and started out with a visit to The Butterfly Conservatory (indoors and warm!) to wait out the chillier morning hours and save the "standing-outside-for-long-periods-of-time" activity for later in the day - so that the sun could perhaps warm things up a fraction of a degree or two beforehand.  The butterfly  building was quite large and arranged over several levels - a sort of "Hanging Garden of Babylon" style arrangement, with paths winding up and through the tropical plants.  A really pretty multi-level waterfall is visible from outside the entrance.    There were a LOT of butterflies EVERYWHERE.  Either we hit them at exactly the right time, or they're stocking a heck of a lot more chrysalises than they do in Durham. 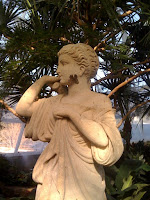 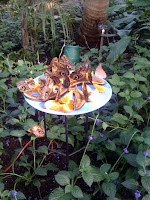 After we were finished gazing in innocent delight at all the butterflies, we got a chance to say hello to a 12-foot rock python who had been let out for a little meander in the hallway.  And also to a rather laid-back iguana, monitor lizard, and several other reptiles.  I'm telling you, you have not lived until you get the opportunity to stroke a python!  :-) 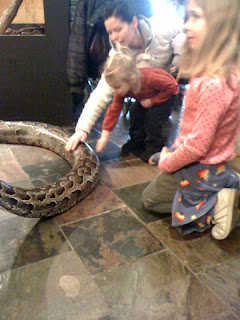 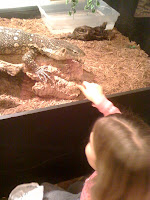 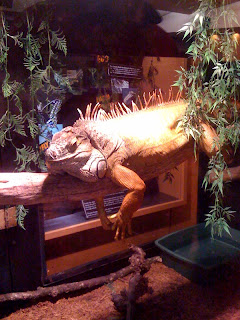 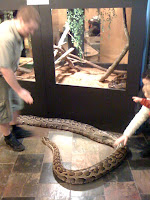 It wasn't long before we tired of the cozy temps required by our scaley friends (Yes, butterflies have scales too, doncha' know!  You can look it up!), and sought the fresh, cold air of the outdoors and a view to blow our socks off.  It did that - and it also made our clothes rather soggy.  We probably shouldn't have been surprised by this.  I mean, you throw enough water down a long enough way, and it's going to splash.  But, there is this constant rain when you're observing the falls - and you are not that close to 'em; but you're getting sprayed constantly and there's nowhere to go to get out of it - except out of eye-shot.  And you see rainbows right in front of you!

So we were dripping wet in below-freezing temps with a stiff wind blowing.  But you tell me if it was worth it (keeping in mind our little iPhone camera could not do it justice): 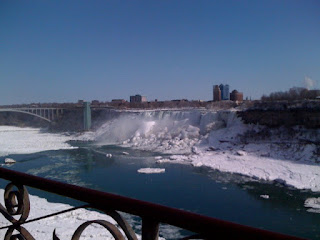 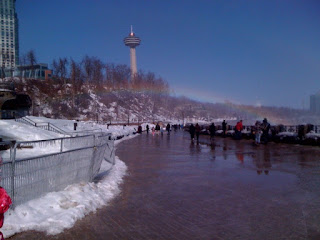 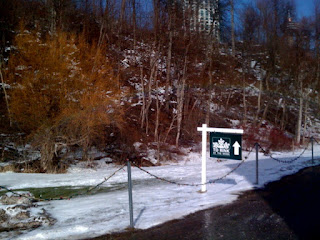 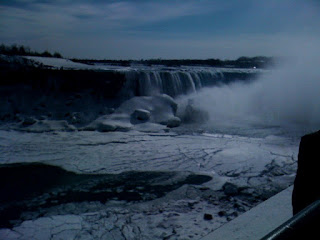 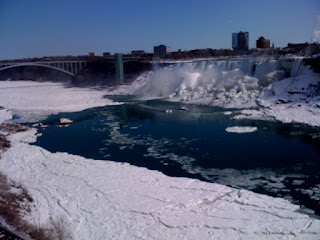 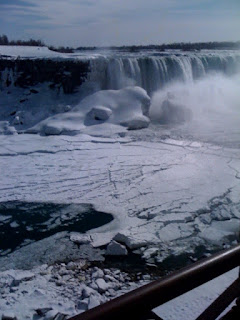 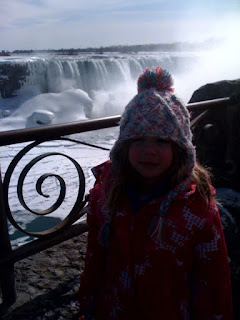 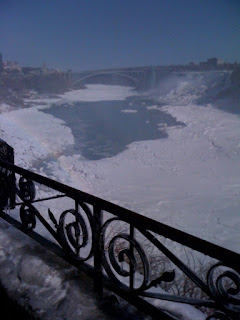 Another snowstorm was due to arrive that evening, so we headed home right after lunch, to change into dry clothes and thaw out again.  Think we'll go again - but in the Spring or Summer!  :-) 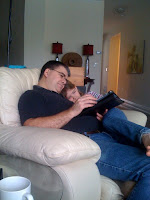 Posted by Heather Chapman at 4:57 PM