Spring? Probably, not yet; but we had fun hoping! 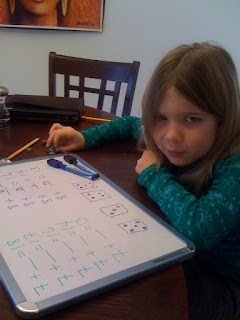 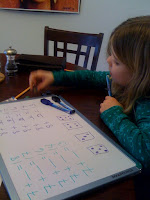 The temperatures last Wednesday afternoon hovered around a balmy (well, comparatively balmy) 3 degrees Celsius (that's 37.4 F, apparently), and there was some sun peeking out here and there.  We were suffering from some serious cabin fever, as you can see by Emily's expression.  So after math, Emily and I decided to walk to the Library.

On the way back home, we stopped to take a few photos of some of the things we have noticed in and around our stomping grounds here in downtown Mississauga; so thought I'd share:


We managed to hang out in the Central Library a good long time, looking up books about bats and some additional good fiction for my voracious little reader (can't get the child to go to sleep at a decent hour anymore because she sits up reading in her bed - she knows I'm pleased as punch anytime she decides to read a book during her leisure time, so I've been letting her get away with this.  One of the nice things about not having to abide by a school's early-morning busing schedule.)

So, we didn't get any photos of the inside of the Library, I'm afraid.  It's pretty cool, though.  One whole floor is devoted to the children's section, with a very large play lighthouse surrounded by beanbags in the center.  Once I get a camera with a flash again, I'll get some shots.

After the library, Emily and I meandered over to the civic center and admired the beautiful lobby.  It made me think of OZ with all that green granite (or marble, possibly?).  There's an antechamber that seems to be devoted to growing large green vines and other plants - a sort of interior garden, in which Emily enjoyed dancing around. 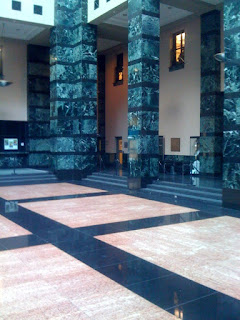 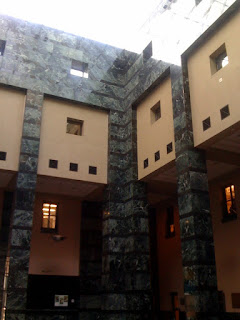 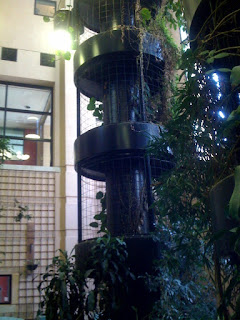 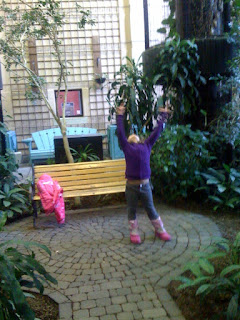 Sort of between the Library and the other government buildings was a walled garden named for Elizabeth II.  Lots and lots of little birds were taking refuge in there.  We are looking forward to coming back when the snow and ice are gone. 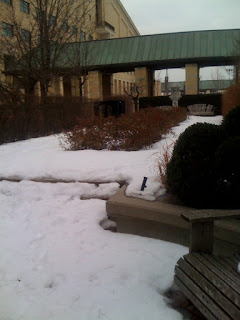 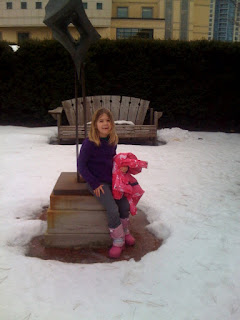 And on the other side of the government buildings, we discovered another sort of courtyard, which appears to have structures tailor-made for skateboarding . . . ?  Not sure, but probably we'll find out once it's warmer: 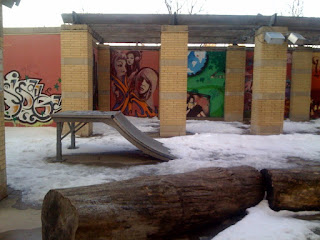 And after that, we turned down Princess Royal Drive and passed the LivingArts Centre where Emily has her drama class every Saturday.  We just had to cross the street and pat the bison again! 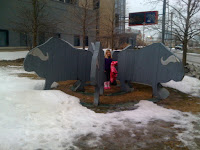 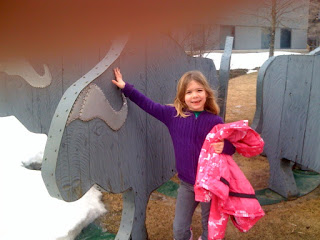 And, after dropping into Walmart to find a mop, we paused to admire the Marilyns again.  In this not-so-good shot, they kinda' look like slightly crushed aluminum cans.  I'll work on getting a better angle to really show you why I think they're fantastic.  From right by them, looking up from below, it's like you're approaching a tornado or something.  Really neat feeling. 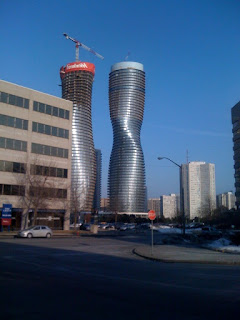 Posted by Heather Chapman at 12:39 PM