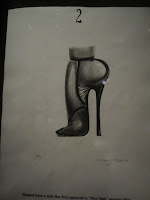 Second day in downtown Toronto, we made a beeline for the Bata Shoe Museum.  Evelyn likes shoes a fair bit, and smaller museums suited modest energy levels that day.

It's located just a couple of blocks away from the Royal Ontario Museum, and was a  good bit of fun.  And we picked up a fact or two about the history of shoes, etc.; so educational as well. 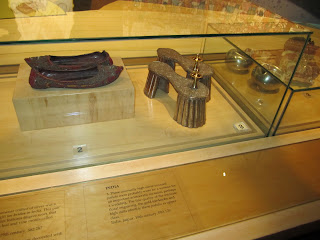 and golden sandals worn by Kings in Africa . . . 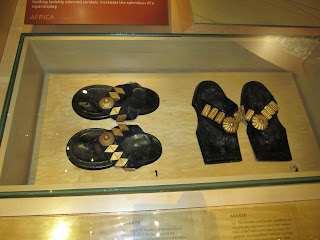 And the original "cruel shoes" worn by the upper-class females in China . . . (foot binding . . . hope that practice has been stamped out forever!) 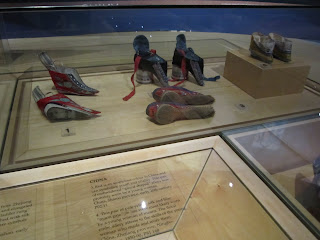 Also, we enjoyed some examples from Jolly Olde England (one small example of the reasons a Knight needed servants to help him onto his horse) . . . 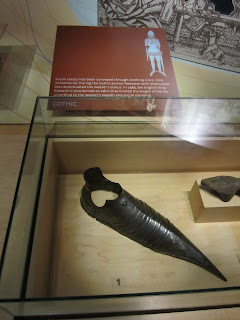 . . .  and some fine fashions from the Renaissance, when it was the style, apparently, for the women to not be able to walk very fast, look rather tall . . . and very pregnant . . .  (You can look it up!  Here's a quick link w/ a paragraph about art during the early Italian Renaissance that touches on this little tidbit.) 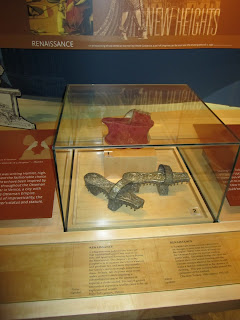 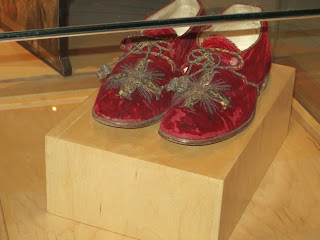 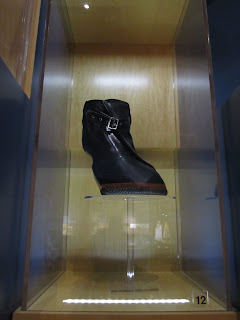 And I'll bet you didn't pay much attention to his feet, the last time you saw a Sumo Wrestler, so here your chance to get a second look.  Carved from a single piece of wood, they are. 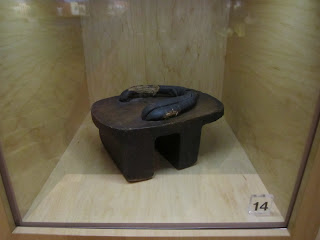 OK, before we wrap it up, here are just a couple more cool things to show you:
These boots are actually made of fired clay (sculpted by artist) - wish I could have touched 'em, because there was no other way to tell they weren't real! 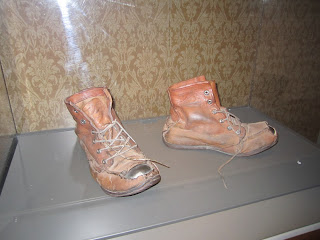 And I don't know what to say about these . . . Art needs no explanation, I guess? 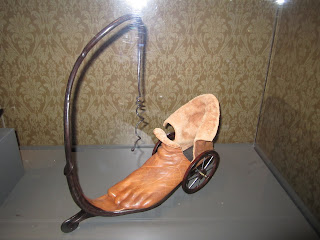 About the time we got to the floor of Native American moccasins with their incredible bead-work . . . Emily had had about enough of wandering around a museum. 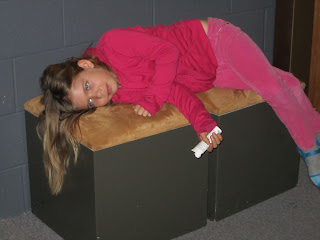 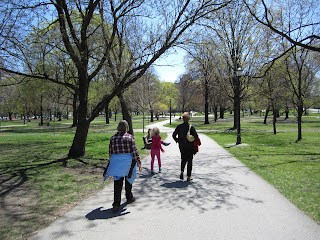 . . . and found that statue of Statue of King Edward VII that used to be in India, but that was given to Canada by the Indian people in 1969.
(Guess they weren't really keen on large bronze reminders of their colonial overloads at the time.)
Emily took a turn at being a statue . . . 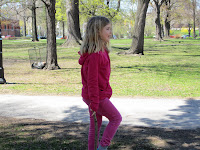 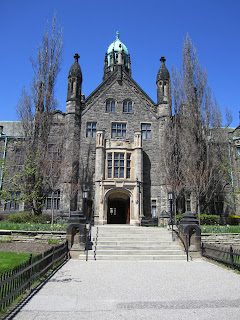 Then we meandered through a bit of the Toronto University grounds . . . Here's Trinity college.  Very pretty buildings . . . and very much reminds me of Oxford . . . 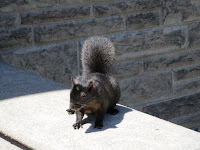 A very bold squirrel made it very clear that we bi-pedal creatures were supposed to have a snack on hand to give him, just for passing his particular section of wall.
We had to disappoint the squirrel; but his appearance did call to our attention our own pressing need for chocolate and caffeine, so a trendy pâtisserie brought our afternoon to a close . . . 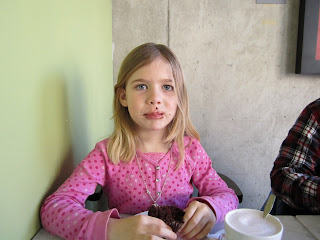 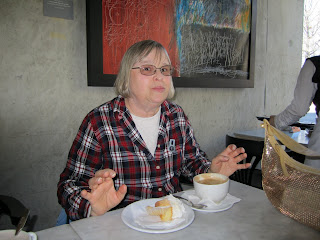 P.S.  Oh, and something for Alex's Mom.  There was a section in the museum filled with shoes belonging to various celebrities.  (I can only assume that they gave these shoes to the museum, and didn't just accidentally lose them while visiting.)  Anyway, these are shoes that belonged to Michael Bublé, Lynne! :-) 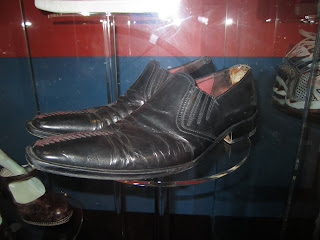 Posted by Heather Chapman at 3:12 PM